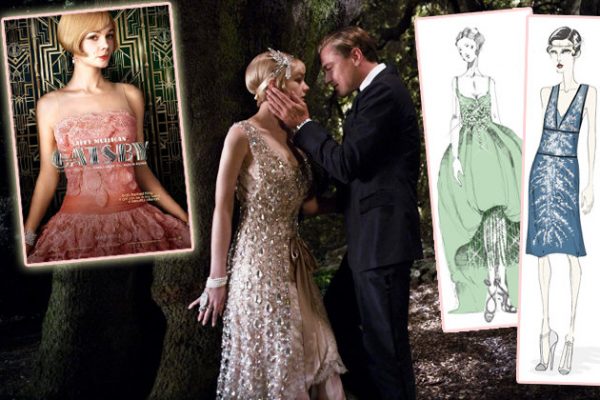 Have you watched the trailer of The Great Gatsby? The movie directed by Baz Luhrmann is predicted to be one of the good movies this year. Starred by Leonardo DiCaprio, Joel Edgerton, and Carrey Mulligan, the movie performs not only the geniuses of the director, the good plot, and the quality of the actors and actress but also other elements that can be separated in the movie production, which is the costume. Costume is one element if a movie that can build characteristics of the actors and actress playing in it. The awesome costume designs for The Great Gatsby have been released by Prada. At least four sketches illustrating the aristocratic 1920s style have been revealed last January. The designer herself, Miuccia Prada, released the collections to British Vogue.

The Great Gatsby is an adoption of a novel with the same title written by an American author, F. Scott Fitzgerald. The novel as well as the movie has a setting of Long Island in October, 1922.

In the movie, therefore, the costume presents what people wore in that era. The four Prada costumes sketches revealed in British Vogue are the costumes of Carey Mulligan. She, in the movie, plays as Daisy Buchanan,  a beautiful girl that once had a romantic relationship with Jay Gatsby (starred by Leonardo DiCaprio), but finally got married to a rich husband. Jay Gatsby is also described as a millionaire who often throws extravagant parties. Lavish aristocratic life is depicted here and therefore the costume also shows this style. 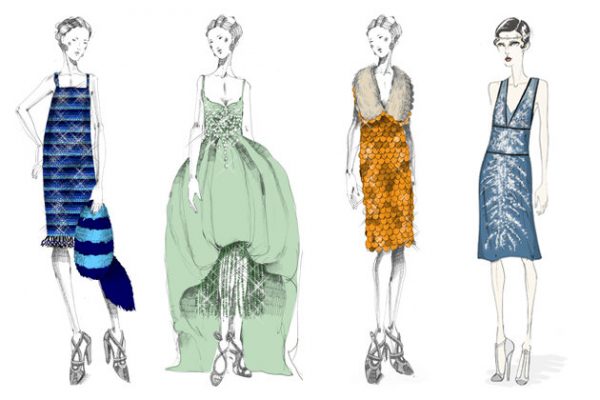 The four Prada costume sketches of Carey Mulligan include one sketch of a ball-gown and three daily outfits. The ball-gown dress features high low hemline with sleeveless tank bodice in a sweetheart neckline. The gown creates a feminine and sensational look. The bodice is partly embroidered with heavy sparkling beads to add glamour. The second sketch is an informal dress featuring low-cut back. The hemline of the dress ends at knee. The dress is paired with a beret made of high-end velvet material. The third sketch is a more formal knee-length dress in low collar V-neck. The collar is made of velvet. Meanwhile the dress is made of fully sparkling heavy-beading materials for a sophisticated feel. The last sketch is another knee-length dress featuring surplice neckline and a wide band on the waist.

Miuccia and Baz agree to combine modern and classic in the sketches. Still, the modern touches will not ruin the classical and historical value of the design. The costume design of The Great Gatsby (2013), therefore, is a little bit different from the previous movie that was filmed at 1974 in which the costumes were purely classics. While the attire of female leads Carey Mulligan who play Daisy Buchanan will display Prada and Martin’s spectacular collection, starring as male lead Tobey McGuire and Leonardo DiCaprio will showcase Brooks Brother’s design. If you are curious about the movie predominantly on the costumes, just wait for the movie premiere that is scheduled on May 10, 2013 in the USA. 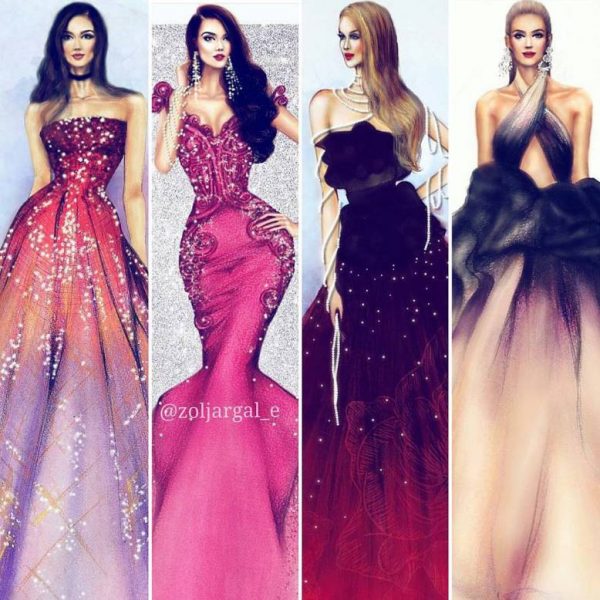 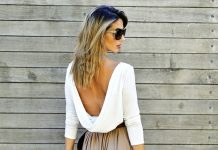 How to Wear Maxi Skirt: 21 Gorgeous Style with Maxi Skirt

Getting Cozy with Boyfriend Fit Jeans

Palazzo Pants: The Secret behind the Flowing Grace